I really had fun in this trip. I wish I could spend more time at AES. 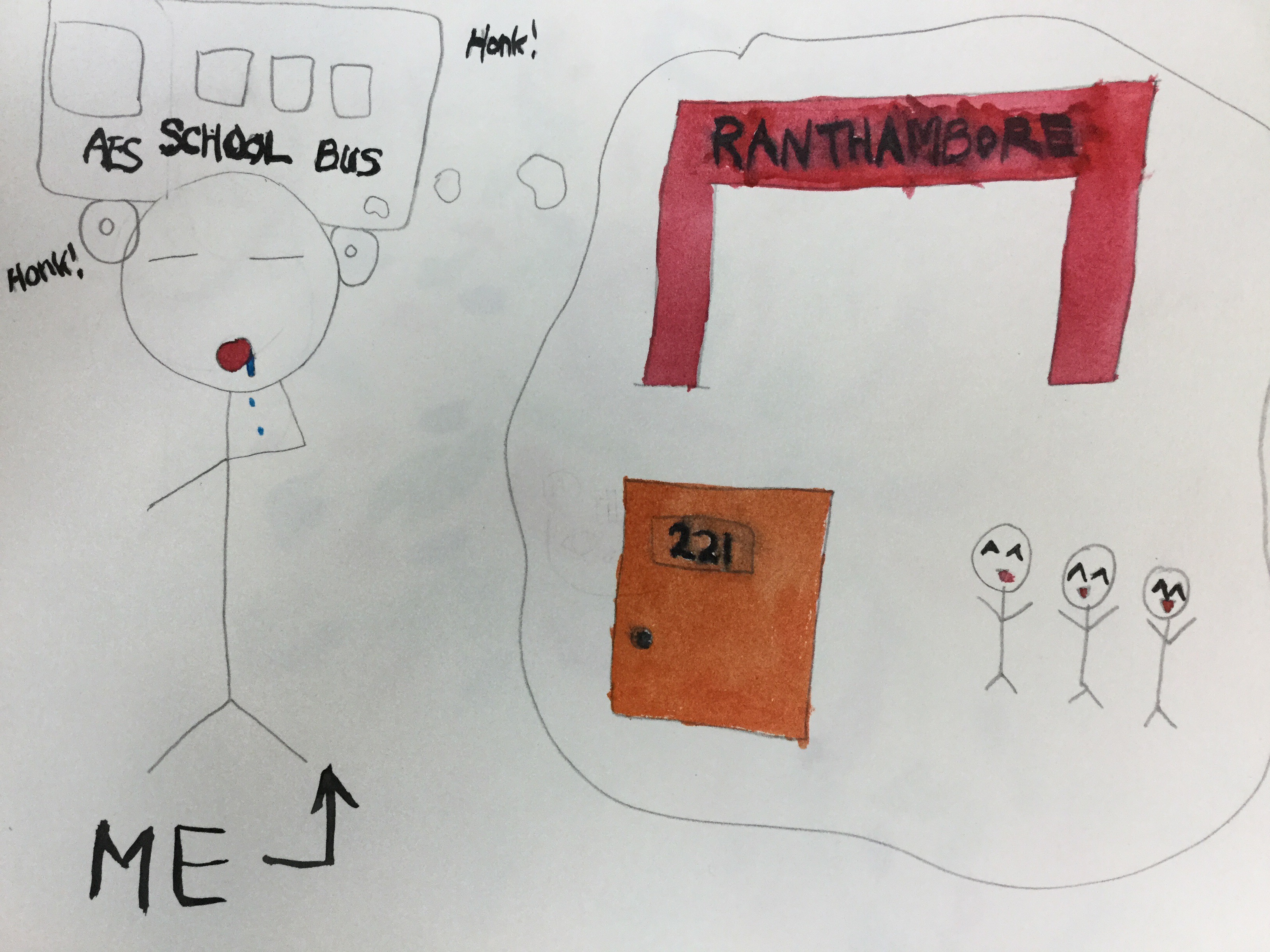 It was hard to force myself. I was too excited, I couldn’t wait. I was thinking about my roommates, hotel room number, how will the Ranthambore look like. I wasn’t paying attention at the school bus, so I had to stop day dreaming when everyone was going. I am in the day dreaming world thinking of how the trip will be like. 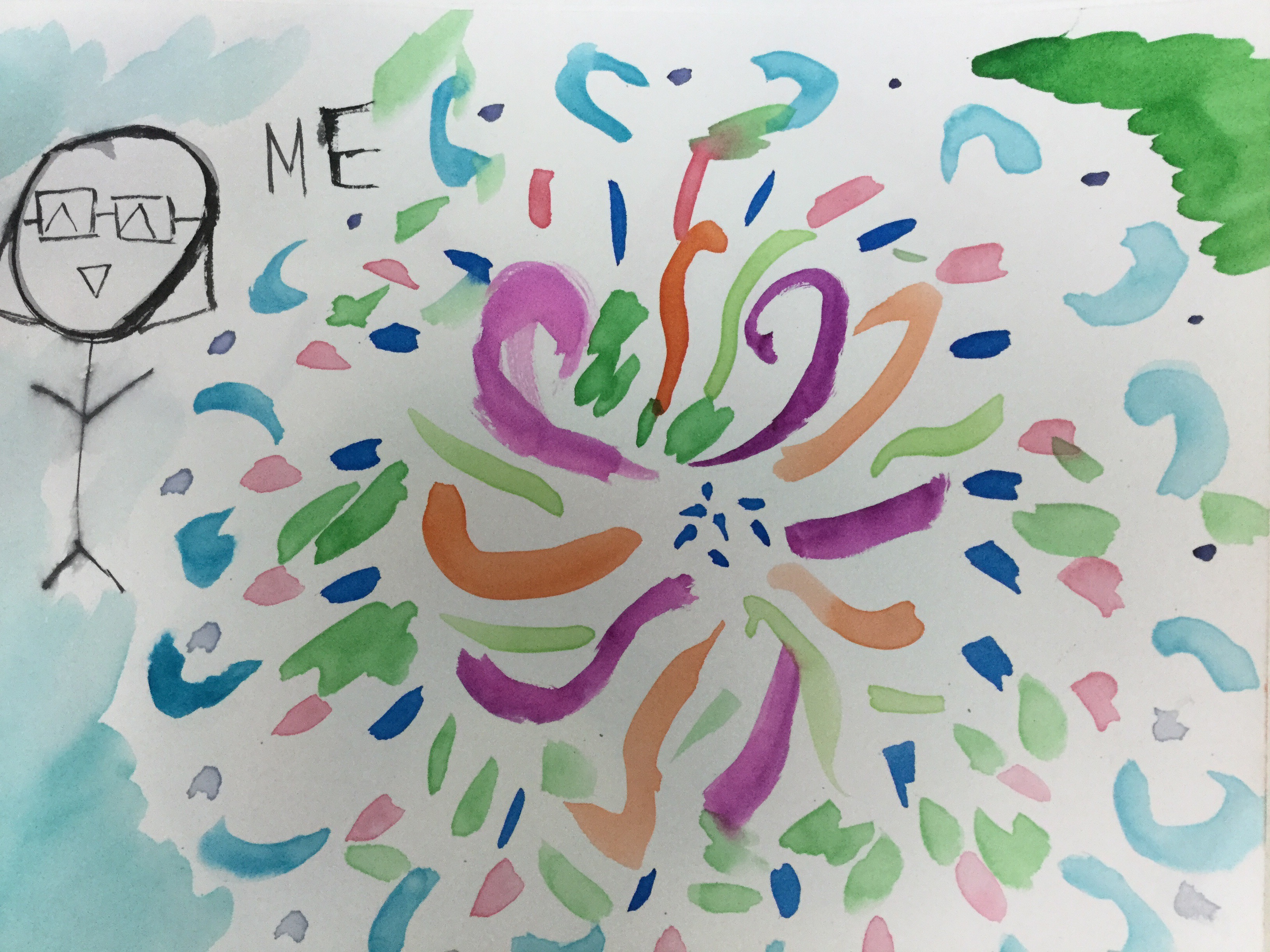 When I came back from the Ranthambore trip, I had so much stories to tell. A lot of adventures, problems were somehow funny when I thought now. It felt pretty wired. Like I felt I was grown up…?(I guess). I used bright colors to represent the happiness and also the fireworks, because they are beautiful and good to represent my feelings.

Today(5.Feburary.2016,Friday), is the start of India Week!! Our class went out where people work to make their own stuffs(toy,paintings,etc) and watched how they were making it. I had lots of fun watching them! It looked like they were working hard. We saw what people were selling. It was so cool and colourful! I couldn’t believe what was happening. Also, I took lots of pictures.Here is one of them. It is a toy shop and I can’t wait to buy these(not all) on Monday!! 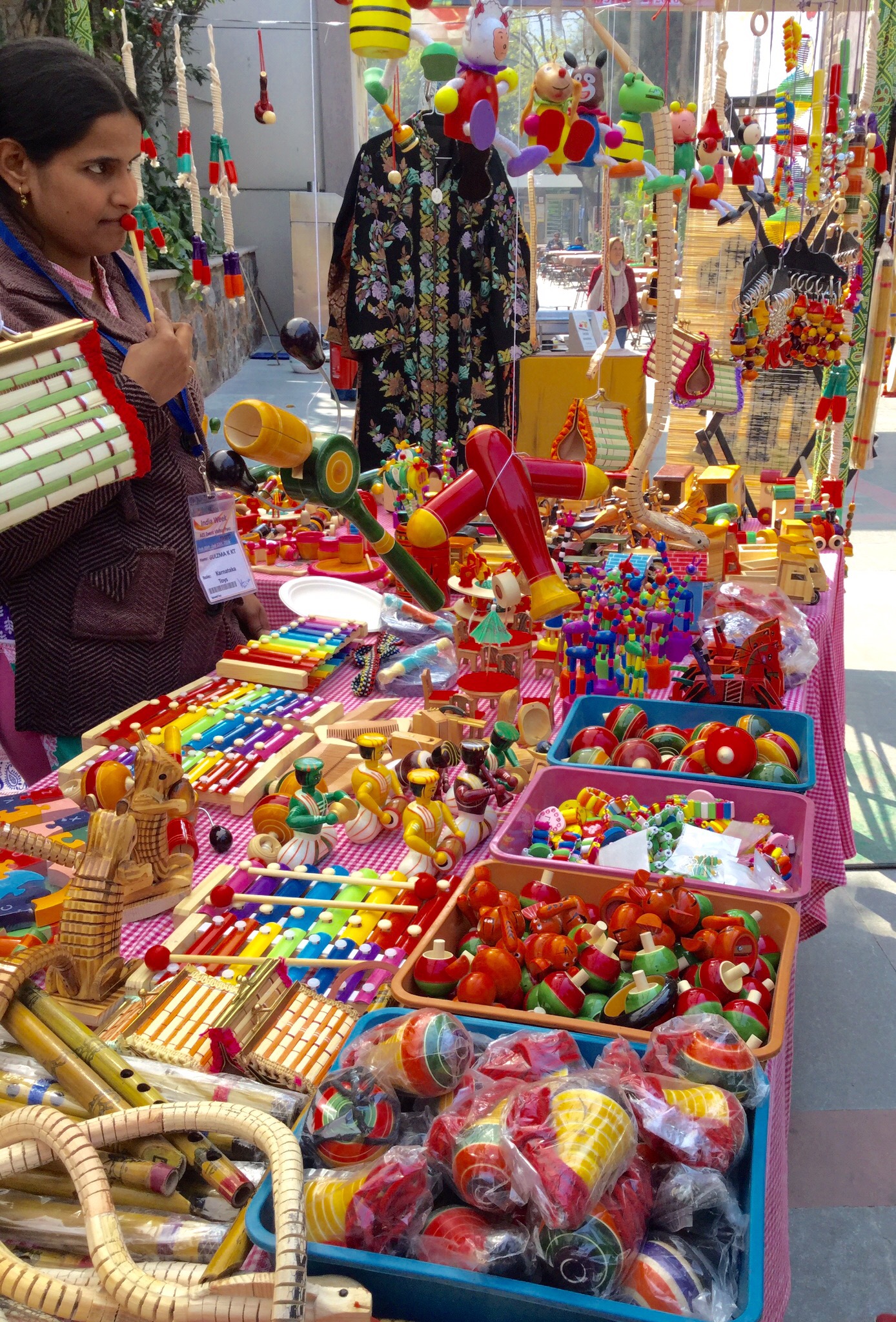 This holiday stop motion is about the Santa who lost it’s sack. Who stole it?

Watch this movie to find it out!

“If you find the mirror for us, we will tell you the way of going back to your world again.” “Waeington D.D.”said Chorle.
I said, “Um… You mean Washington D.C?”.
“Yeah, whatever it’s called.” said Chorle as her cheeks got red.
“But, be aware of those black people who is looking for the mirror too.” hissed Chorle.
“Here are some weapons for you that you might use.” said Chorle.
“A shiny watch, a map and a wooden sword? I mean the sword and the map is ok, but a watch?!” I exclaimed.
“Oh, come on! You are our heroine, you can do it! At least we gave you a sword!” shouted Kakac.
“But…but…, Oh Fine!” I said as I packed my bag.
“Thank you.”said Chorle and Kakac together.

I walked through the the giant gate, passed the dust mountain. To tell you the dust mountain was made by the little kids who were playing in the playground. I saw kids, villagers, and many other people. They looked unhappy, which makes me think of the G.M. Flippy was sleeping in my big bag, that had the shiny watch and the wooden sword. I didn’t wanted to make people think that I am a bad person, so I kept the sword in the bag. Some people that I met, produced me some stuff. They gave me a slice of cheese that’s wrapped, a cake and 17 candies for Flippy.
* * *
“Well, well, well.”said someone.
“Who is this?” said the man with full of excitements.
I thought it was the black people who were looking for the G.M.
“It’s me! Gury!” shouted Mr.Gury.
“I have something to give you. I heard that you are going to find our G.M back. I’m proud of you! Here are some things you can hold onto.”said Mr.Gury as he handed me some batteries, flashlights and foods.
I said thanks to him of course, but instinctively, I would not say thanks. The batteries were dusty, I hope it will works good enough.”Time to go Mr! Bye!” I shouted.”Baa Baa” said Flippy playing in his soft dreams.

I chose this 2 paragraphs for the golden paragraph, because I think it’s one of the most interesting part. Also, I used a lot of quotation marks, and commas. I had all of my punctuations ready to go when I was typing these parts. These paragraphs took me the longest time to think and finish. One of the part above has 3 stars, and I think that’s important.

Rules for taking the recorder home

This is our project about recorder technique